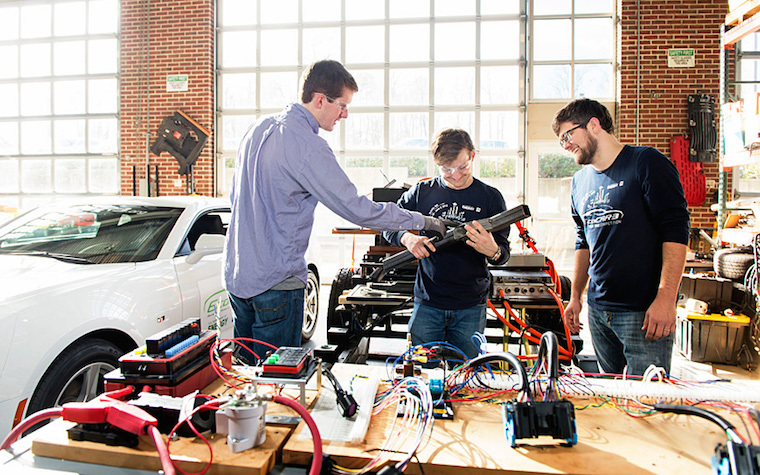 Competitors from team EcoCAR 3 at Mississippi State University are excited to get to work on their 2016 competition car for the annual General Motors and U.S. Department of Energy collegiate contest where students create powerful, fuel-efficient cars.

MSU has a strong history at this event, with its teams having won four national championships since 2007.

EcoCAR 3 began in July 2014, with each team designing theoretical performance and design models. Now, teams will test their models and install them into actual cars. Afterward, they will fine-tune the machines and ultimately market their product.

“We’ve been waiting 18 months for our car, and now is when this gets exciting,” Stephen Hayes, a graduate student in industrial engineering, said. “Our architecture is very aggressive, so we hope to blow everybody away.”

The MSU team is taking a snowmobile engine, converting it to run on E-85 fuel and installing it into a Chevy Camaro with the hope of increasing the car’s fuel economy to 60 miles per gallon without sacrificing its factory-bestowed 323 horsepower.

“It’s work time,” Jared Oakley, the team’s engineering manager, said. “We have to work fast for this year because we are on a much tighter schedule. We used to have a whole year (to assemble) the car, but this time we only have a semester.”