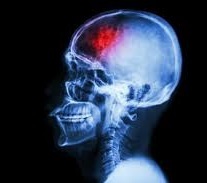 It is likely to become standard practice after a stroke to screen patients for insulin resistance. | Contributed photo
The Insulin Resistance Intervention after Stroke (IRIS) trial conducted under the oversight of Dr. Karen Furie, Brown University's Neurology Department chair, has produced results showing the correlation between a particular medication used to treat insulin resistance and stroke victims.

The results were recently presented at the International Stroke Conference and published in the New England Journal of Medicine. The trial was funded by the National Institute of Neurological Disorders and Stroke (NNDS).

In the past, stroke patients have been frequently screened for diabetes, but Furie said this breakthrough discovery proved they should be screened for insulin resistance, another metabolic dysfunction that is a precursor to diabetes. In the trial with pioglitazone, 3,000 people from seven countries were randomly chosen to take the drug or a placebo. Under otherwise standard care for the next five years, only 9 percent of patients on pioglitazone had a second stroke or a heart attack, a relative 24 percent reduction according to the NINDS.

Furie said based on the results of the study, it is likely to become standard practice after a stroke to screen patients for insulin resistance. This could lead to further discoveries in the connection between the two disorders.