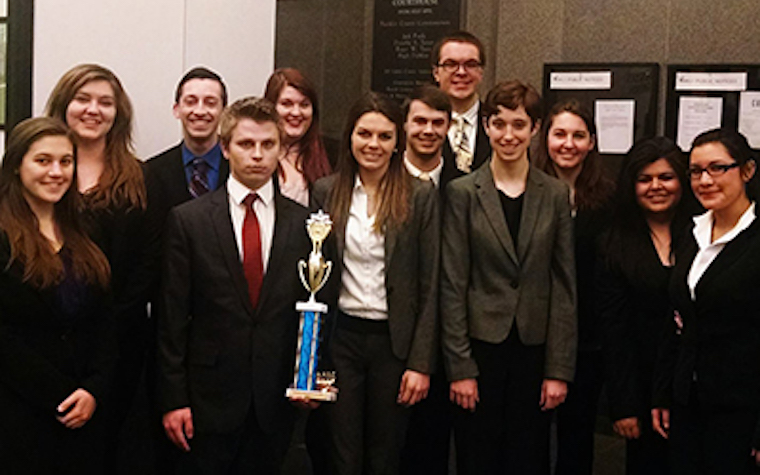 Teams work on a case in which they must delegate witnesses and attorneys for the project. The teams' preparation comes to fruition in the fall and winter, when they represent the prosecution and the defense.

“I am extremely proud of the tenacity and dedication of each and every member of this year’s team," North Central team leader Rebecca Koper said. "The students’ determination, hard work and perseverance were evident in their outstanding performance against some of the region’s toughest opponents."

North Central will also host one of the eight national championship tournaments from March 11-13.