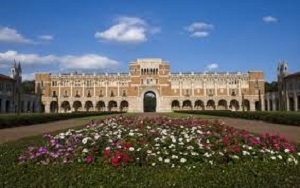 Mexico is still struggling to become a democracy, with weak rule of law. | File photo

F. Reyes-Heroles, former CEO of Pemex and current executive president of StructurA, gave the keynote address and served as a panelist. Other panelists were Gary Hale, nonresident fellow in drug policy and Mexico studies at the Baker Institute, and Francisco Monaldi, fellow in Latin American energy policy.

Over the past three years, Mexico has seen many successes, with a dozen structural reforms to labor, education, telecommunication, and the electoral system. All of this has been achieved with cooperation across party lines. The biggest achievement has been in energy reform, making the country a bigger player globally and reducing energy prices domestically.

However, Mexico is still struggling to become a democracy, with weak rule of law, and poverty persists. The value of the peso has lost a third of its value, and violent crime is on the rise.

Edward Djerejian, fellow for Mexico studies, served as the panel's moderator as these issues were discussed and possible solutions and means to assist Mexico in its continued struggle to rise were suggested.