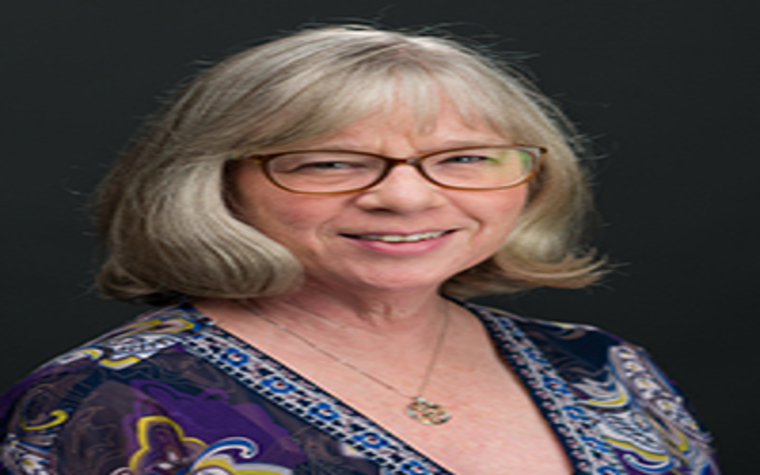 Theresa Mitchell, professor of theatre at Emporia State University, retires this year after 20 years with the Department of Communication and Theatre. Mitchell is a native Kansan from Independence. She earned her Master of Arts in directing from the University of Kansas and her Master of Fine Arts degree from the University of Utah. A few of her favorite directing credits at ESU include “Noises Off,” “Lend Me a Tenor,” “The Importance of Being Earnest,” “The 39 Steps,” “Cabaret,” “Leading Ladies,” “The Sound of Music” and “Steel Magnolias.”

web Theresa MitchellMitchell is being honored at a retirement celebration on from 3:30 to 4:30 p.m. May 1 in the Kanza Room in the ESU Memorial Union. Steve Catt, chair of the Department of Communication and Theatre will make a brief presentation at 4 p.m. Her friends, students and colleagues are invited to drop by.

“It started in high school,” Mitchell said about her love of theatre. “I had a group of friends, and they were very interested in theatre. I loved storytelling so we started a summer theatre company called ‘Storybook Theatre.’ It was children’s theatre. My first two years of college were spent at Independence Community College, which had a strong theatre program and I said ‘you know I really love this.’ I love storytelling, I love being a part of a community and doing something that has an artistic component, so I decided to move forward with that and have been involved ever since.”

While earning her master’s degree at KU, Mitchell began to apply for jobs across the country as a college educator when she received an offer to teach at Colby-Sawyer, an all-women’s college in New Hampshire.

“After three years of teaching, I realized I needed a terminal degree if I wanted to continue in academia, and I did,” Mitchell said. “I looked around and found a Masters of Fine Arts in musical theatre. I knew I wanted to combine my passion for directing and dance. I chose the University of Utah because it was one of the few MFA programs in musical theatre directing.”

While Mitchell was receiving her training in Utah, she spent two summers with the American Movement Institute based in St. Louis, Missouri, where she started to shift her emphasis into movement for actors.

“There was an incredible movement teacher and director at the University of Utah, Kenneth Washington,” Mitchell said. “I attribute a lot of what I do to him and also the American Movement Institute. While working at Webster, I resurrected the movement institute from 1993-1998 as Webster Movement Institute.”

A job opened up at Emporia State when Ronald Fredrickson retired, and Mitchell was interested in making the jump to ESU because of its strong theatre program and her desire to teach acting and other courses in addition to stage movement.

“I came to ESU because I knew I would have a variety of courses that I could teach and that was a big attraction,” Mitchell said. “Harry Parker, who was the head of the theatre program at the time, was traveling through St. Louis. So, we met for a pre-interview and made a strong connection. My family and my husband’s family are both from Independence, Kansas, so that was an attraction also because we still have brothers and sisters in the area. I was really glad to land in Kansas where there was a good program, good students and family.”

Some of Mitchell’s highlights with ESU Theatre include “Five Women Wearing the Same Dress” which was invited to the Kennedy Center American College Theatre Festival in Ames, Iowa, in 2007; and “The Treehouse Effect” which also made it to KCACTF in Minneapolis in 2016.

“Theresa has always had the best interest of her students at heart,” Jim Bartruff, director of theatre, said. “She’s always been more than willing to go the extra yard to make sure they feel included and what they have to contribute is of value. We’re lucky to have her and will miss her very much.”

Mitchell has lots of plans for her retirement including studying things like literature and American Sign Language, writing poetry, storytelling, researching into her ancestry and traveling.

“This summer I’m going to sail up the Danube from Budapest to Nuremberg with a friend. I plan to visit national parks with my husband, Mark, for many years.” Mitchell said. “I want to give everything about a year, so say I did decide to write poetry, I want to take a year to do it before I step away from it.”