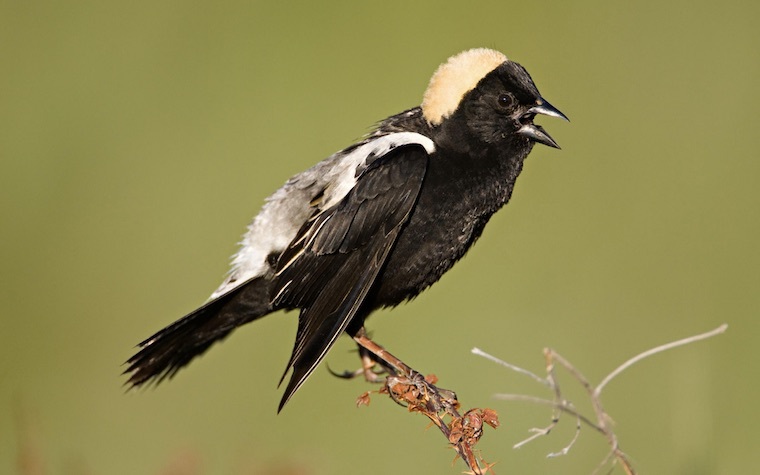 Steeves undertook a mission to observe behavior of grassland-nesting bird populations in agricultural fields. These birds, such as the bobolink and savannah sparrow, nest in overgrown hay fields that are much akin to their native grasslands.

Unfortunately, that means many of these birds’ nests are destroyed as farmers cut the grasses into hay and then till the ground to put it to other use.

“The haying happens during the prime nesting season for the birds, which is why the birds are declining annually at greater than 2.5 percent,” Steeves said. “When the farmers mow their fields before the birds have a chance to finish raising their young, the nests get mowed over and the babies are killed.”

To fight that trend, Steeves partnered with the Dartmouth Natural Resource Trust to conduct a study on a 26-acre field owned by the trust. She was able to determine where most of the birds were nesting, which allowed another 10-acre parcel to be mowed by a local farmer with a minimal loss of bird nests.

“My job was to survey the field every morning to determine the areas of highest bird activity, and that data was used to determine which 10 acres to set aside for the farmer,” Steeves said. “It turned out that the areas with the thickest grass were where most of the birds were found.”

Steeves' efforts produced results: two pairs of bobolinks and three or more pairs of savannah sparrows were able to raise their young without being mowed over.