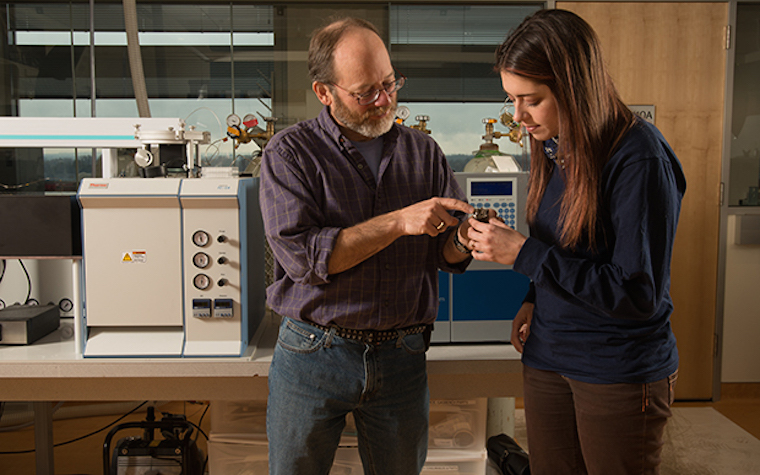 The lab deals with isotopes, which provide information on climate, diet, topography, migration, water resources and more. It most often partners with the departments of Geosciences, Biological Sciences and Anthropology. Matt Kohn is the lab director and Samantha Evans is the lab manager.

An example of its usage can be seen in a university project led by Julie Heath, an associate professor of biology. Her project deals with understanding kestrel migration.

Kestrels can be found in Idaho in the winter, but it is unclear whether the same kestrels stay year-round or if those kestrels depart and new ones from more northern regions take their place. Studying the isotopic composition in their claws can tell a researcher where the bird was six months ago.

“Isotope analysis is better than banding,” Kohn said. “Recovery of banded birds is less than 1 percent. So isotopes are a really effective way to see who is staying.”

The lab also helps reconstruct paleoenvironments, which gives researchers a better look at temperature, precipitation patterns and carbon dioxide levels of the prehistoric atmosphere and how it has changed to modern times.