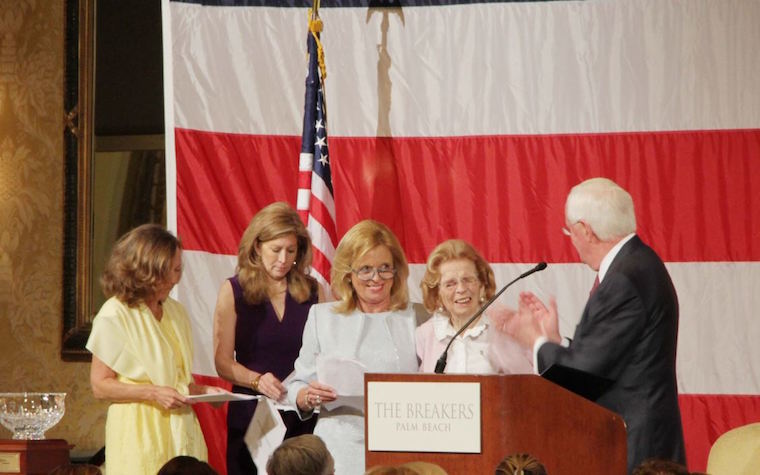 Over the past 25 years, the luncheon has raised money for women's scholarships. | Contributed photo
Palm Beach Atlantic University's recent Women of Distinction luncheon served a number of purposes, as it was a scholarship fundraiser, a tribute to the award's past recipients and even a bridal shower for one of the attendees.

Over the past 25 years, the women's luncheon has raised money for women's scholarships and has also paid homage to women who have impacted their communities in a positive way. To remember the women who have been honored, 19 of the former recipients of the awards and scholarships were in attendance.

Cathy Johnson Flagg and her daughters were two of the women to attend and Cathy's daughter, Maggie, was celebrating along with her mother, the day before her wedding.

The women come from a diverse set of backgrounds, as one of them served as a first lieutenant and a police officer during World War II, and another an avid animal lover.

In addition to the luncheon, the women enjoyed music that was performed by the PBA Concert Choir, directed by associate professor of music Geoffrey Holland.