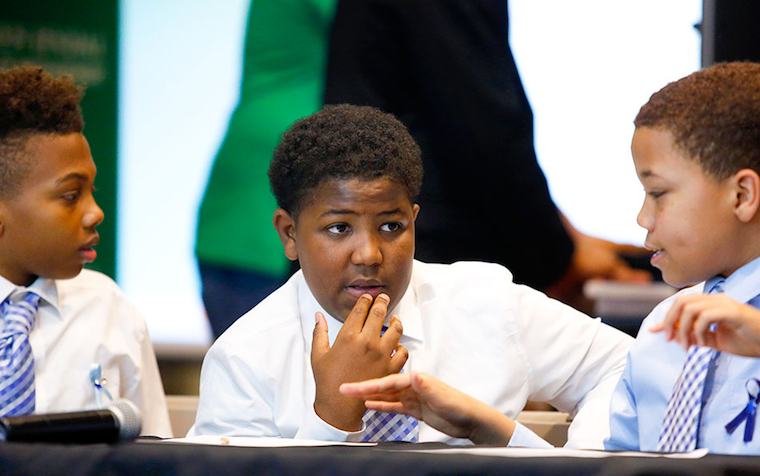 The tournament featured 41 three-member teams made up of participants from schools and organizations throughout North Texas.

The university, the DCCC, Project Still I Rise Inc., AT&T, McDonalds, and state Sen. Royce West (D-Dallas) partnered and hosted the event, which was created to counter the high dropout rate among African-American males.

“We want to make sure these boys have some form of resource that is showing them that yes, you can succeed in education, that it’s OK to learn and it’s not OK to drop out,” David Robinson Jr., the bowl’s founder and assistant director of community engagement in UT-Dallas' Office of Diversity and Community Engagement, said