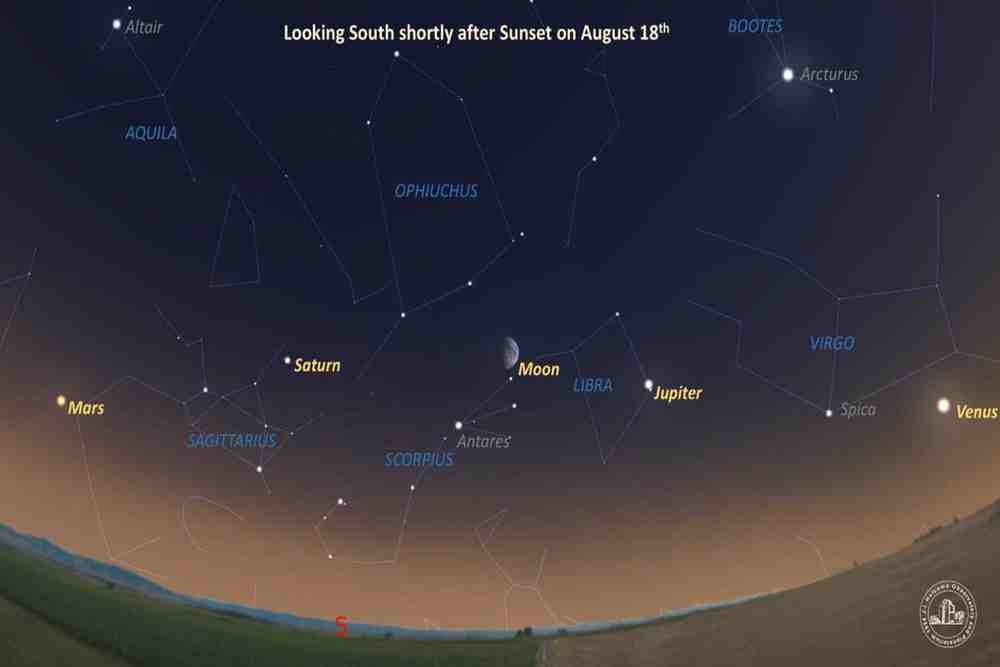 For the first time in more than a decade, Venus, Jupiter, the Moon, Saturn, and Mars will be lined up across the sky.

The best time for viewing will be on the evenings of August 17 and 18, according to Butler University Professor of Physics and Astronomy Brian Murphy—weather permitting, of course. Mars will be near its closest approach to Earth since 2003, and through a telescope, one should be able to see cloud-covered Venus in a quarter phase, the rings of Saturn, the belts and satellites of Jupiter, and Mars’ polar caps (if the dust storm has cleared).

Murphy, who is also the Director of Butler’s Holcomb Observatory, says the planets all orbit the sun in different periods, which means they are typically scattered along the zodiac. Some may be seen only before sunrise, only after sunrise, or not at all if they appear in the direction of the Sun.

"Being able to observe the Sun, Moon, Venus, Mars, Jupiter, and Saturn in a two- to three-hour time span is quite nice," he said.

Murphy encourages people to get out and see this "planet parade"—either by looking through the telescope at the Holcomb Observatory, which is the ninth largest telescope East of the Mississippi River, or simply by going outside and viewing the night sky.

"It's an ideal time to get out and see the planets," he said. "Usually, we don't have four planets visible at once in good viewing location, along with a quarter moon, which is the ideal time to view the moon. And they're all evenly spaced. If you ignore the sun, these are the four brightest objects in the sky we're talking about."

It’s hard to calculate when this lineup will occur again, Murphy says, but something similar will likely occur in two years. But after that, it will not happen for a long time.

In addition to telescope viewing at the Observatory, Planetarium shows will take place each evening.