Critic: Fenves' controversial past at Texas will follow him to Emory University 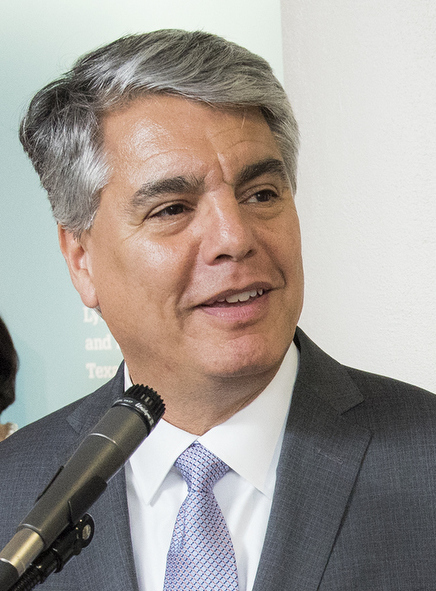 When Greg Fenves worked at the University of Texas in Austin, he had an agenda that at least one alumnus has acknowledged repeatedly and predicts will follow him to Emory. That agenda includes restrictions on free speech, promotion of social justice, identity politics and diversity.

“His tenure at UT has been an unmitigated disaster,” said Mark Pulliam in an emailed interview with Austin News. “Fenves has ceaselessly promoted an agenda of political correctness, identity politics, so-called ‘diversity’ [consisting of racial and ethnic quotas and separatism], and restrictions on free speech. Under his misguided leadership, UT lurched to the left, leaving a trail of lawsuits, negative publicity and diminished academic standing.”

The issues that arose with Fenves aren’t linked solely to ideology.

In 2018, The Texas Tribune reported on the results of an internal audit that revealed Fenves and his wife had violated the university’s policy by flying business class multiple times without prior approval. The Tribune also reported that Fenves was to pay the university nearly $30,000 to reimburse for the added expense of the premium travel upgrade. Those travel expenses occurred between June 2015 and 2017, when Fenves also supported tuition increases. Between Fenves and his wife, they logged about 90 business class flights in that two-year period.

In addition, the award of a Presidential Citation to Nancy Brazzil, Fenves’ deputy concerned many. A reporter for the Texas Monitor called her an “evidence-shredding admissions cheat” in the headline on the story about Brazzil’s award.

The Texas Monitor wrote in May 2018 that Brazzil ran a backdoor admissions program for Powers and placed “Q holds” on candidates who had the support of wealthy donors, college regents and lawmakers.

Fenves had been the executive vice president and provost at UT-Austin from August 2013 until he replaced Bill Powers as university president in 2015, although he was not always the top choice.  The Board of Regents had a 5-3 vote for Fenves, with regents Wallace Hall, Alex Cranberg and Brenda Pejovich voting against his appointment, and chairman Paul Foster not voting, as is customary.  Faculty leaders did support Fenves’ appointment.

They cheered his soliciting advice from across campus and what they considered his thoughtful decision-making.

“We are tremendously excited about the appointment of Greg Fenves, a world-class educator and brilliant leader,” said Bob Goddard, chair of Emory’s board of trustees and of the presidential selection committee. “We wanted someone with deep experience leading a major research university and a stellar record of scholarship. We also sought an inspirational leader and a person of impeccable character. Greg Fenves embodies all that we hoped to find."